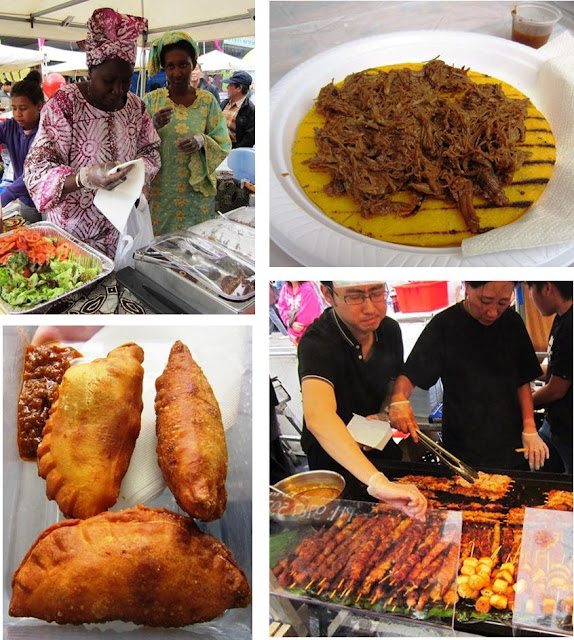 Last weekend we ventured southwest to Campsie (think Sydney’s Koreatown in the burbs) for its annual food festival, along with 20,000 other hungry souls. Giving the kim chi eating competition a miss we headed to Campsie’s main drag, Beamish Street, where several blocks were cordoned off and lined with food stalls.

Korean barbecue was a prominent player (mmm, meat on sticks) along with a whole range of diverse cuisines featuring the usual suspects (gozleme, where do you not pop up?!) and some not so typical. Along with Malaysian, Korean and Chinese snacks we had a Colombian arepa and some Senegalese lamb stew and fatayas, a type of fish pastry similar to a samosa. 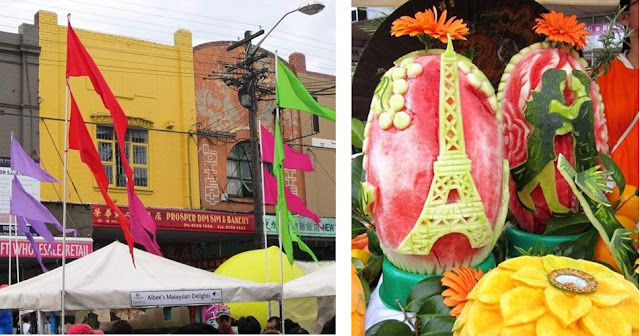 As for the more standard fare, the char kway teow from the Albee’s Kitchen stand was tasty enough to require a return trip to Campsie to eat at their restaurant, with further enticement from Not Quite Nigella’s review (though I’m not sure about the Marmite chicken?!). Korean is definitely on the agenda too… next time, Campsie! 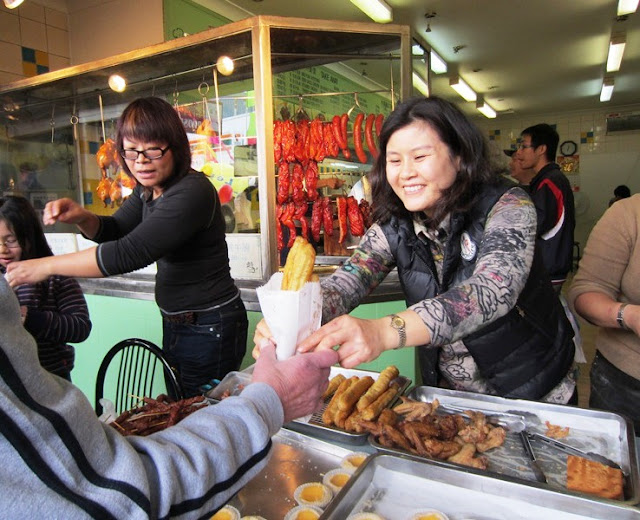