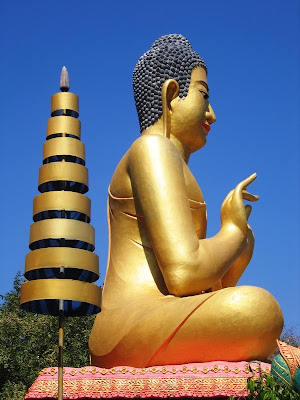 During the almost three years I’ve called Asia home, many friends, family members, acquaintances and well-meaning strangers have asked me lots and lots of questions about what life here is like. They range from the really general and sometimes hard to answer “so, what’s it like?” to the just-don’t-get-it “but what do you EAT there?!”. Then there are the skeptical questions like “you had a baby in Bangkok, what was THAT like?!” (with nose screwed up). I’ll do my best to clear up some of the myths and misconceptions about life in Asia (as an expat), though this is by no means an exhaustive list of the questions I get asked (or other expats) get asked:

Q:Are there many other expats there? (By the way, these qs pertain to life in both Phnom Penh and Saigon)

A: Yes – thousands and thousands, from all over the world! So many no-one ever seems to know the exact number (and of course, it’s ever-changing). Phnom Penh has many, many foreigners working for NGO’s (from outrageously high paid staff at the UN etc. through to volunteers at grassroots organisations). Then there are embassy workers, English teachers, bar owners, and a growing corporate/business community involved in all sorts of industries from hospitality and tourism to banking. In Saigon there’s a hugely diverse mix too, though the expat community seems to be more business oriented than Phnom Penh’s. So basically, no, I’m not a lone western female eliciting curious stares and I’m not considered special or unique – there are many of us!
Q: So, what do you EAT there?! (one of my favourite questions – hilarious don’t you think?)
A: Um, what don’t I eat?! It’s Asia – not another planet! For starters, I still cook at home alot and make similar things I used to make at home (but take advantage of the great local produce so lots of things using coriander, lime, lemongrass, mint etc.). In both PP and Saigon there are restaurants of every (well, almost) cuisine under the sun, plus an abundance of local eateries from cheap street eats through to classy, high-end restaurants showcasing the best of Khmer or Vietnamese cuisine. There are western-style cafes, French restaurants, pizzerias, kebab shops – you name it! And no, it’s not all food poisoning and tummy troubles (the once or twice we’ve ever been sick living in Asia was from western restaurants, not local! And never from street food!). Which brings me to my next point…
Q: You can’t drink the water there, can you?
A: Well, I don’t drink the tap water but I’ve heard of a few brave souls who insist the water in PP and Saigon is absolutely fine to drink and don’t seem to be any worse for wear for it! Most people (myself included) have a water cooler at home – the kind you find in offices – and get refills delivered. Others just boil and cool the tap water and this is fine too. You just get used to it and when you go to a western country it actually feels strange pouring a glass of water out of the tap! Oh and as for the ice question – that you should be wary of ice in restaurants is rubbish – ice is made in factories in Asia from purified water, it’s totally fine! Trust me!
Q:What about going to the doctor? Is it safe?
A: It depends where you go. There are western standard (and trained) doctors in Phnom Penh and Saigon and it’s just like going to the doctor at home. Then there are some dodgy local clinics that are rife with misdiagnosis and shoddy hygiene etc. but only the stingiest of expats would put their health at risk by going somewhere unreliable for health matters.
Q: You had a baby in Bangkok – what was THAT like?!
A: Yes, I did and it was great! Well the childbirth part was no picnic but the medical facilities, great staff and level of care were amazing! I had my baby in Samitivej Hospital, Bangkok, which not only has hotel room-like recovery suites but shops and cafes in the lobby – you can even ring and order Starbucks and dim sum (and more) and have it delivered to your room. If it wasn’t for the having a baby part, it would have been like a holiday. Oh and the other question relating to this I get asked is, “So is your baby Thai now?” No – while it’d be cool if she got dual citizenship she was only eligible for Australian citizenship (the rules!).
Q:So what’s it like there? (the ultimate question!)
A: How to sum up?! It’s fun, it’s interesting, it’s enjoyable, it’s sometimes frustrating and challenging, it’s sometimes cheap, it’s sometimes expensive, it’s chaotic, it’s peaceful, it’s close to lots of other great places to travel, it’s an adventure some of the time and it’s mundane and ‘normal’ at others. It’s also what you make of it and often about the people you meet and spend time with (one of the absolute best parts). It can be addictive, and it’s something I’m really glad I’m doing – I totally recommend it to anyone considering a move to this diverse, crazy, amazing continent called Asia!
Do you (as an expat or long-term traveller) have any questions about your life you’re always answering? And for non-Asia dwellers, is there something you’ve always wondered about what life in Asia is really like?